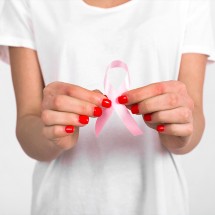 Worldwide, Breast cancer is the most common invasive cancer in women. It affects about 12% of women worldwide.  The statistics are appalling to even be this high as the part of the body affected in this cancer itself is seen as a stigma. As sensitive as the topic may seem, the disease certainly is not. Worldwide 4.4 million women live are living with breast cancer and with a million new cases springing up every year resulting in 4,00,000 deaths. Breast cancer is often a hereditary disease and it is the second leading cause of cancer death in women after lung cancer.

The Edwin Smith Papyrus –an ancient Egyptian medical text describes 8 cases of tumors or ulcers of the breast that were treated by cauterization. The writing says about the disease, "There is no treatment."

Mastectomy- the surgical procedure to remove the breast with cancerous lump, was performed at least as early as AD 548 when it was proposed by the court physician Aetios of Amida to Theodora. Those were historical, primitive methodologies by which surgeons of the age used to diagnose and treat a disease that was thought to develop due to imbalances of fundamental fluids running through the body. We have come a long way since then thanks to the technological and medical advancements in our modern day.

The causes of this disease are still controversial, ranging from an unhealthy lifestyle to genetic conditions but biologically it is still unclear as to what exactly has to lead the human race with such a disease. While some people who develop cancer have previously never seen any risk factors, some with risk factors develop no cancer at all. It's likely that breast cancer is caused by a complex interaction of your genetic makeup and your environment.

Lifestyle factors weigh in on the risk of developing this cancer in addition to getting it inherited thought bloodline. Causes include unhealthy lifestyle choices like low-fiber food, alcohol and tobacco consumption, obesity, lack of exercise, stress, having never been pregnant, having become pregnant at an older age and exposure to radiation.

The symptoms that any women or man has to take note of to self-screen themselves are:

1-  Redness or pitting over the skin of the breast, perhaps like the skin of a cantaloupe

2- Peeling, crusting or flaking of the skin over the breast part

4-  Changes in the skin color, breast size or shape

5-  Abnormal or any kind of lumps noticed newly,

The stages of Breast cancer include four stages where stages 0 to 3 are pre-cancerous and having possibilities of having the cancerous lumps grow within the breast and stage 4 where there is no cure due to metastasis.

Prevention: Maintaining a healthy and balanced diet and lifestyle by incorporating exercise and high fiber foods, limiting alcohol consumption, limiting postmenopausal hormone therapy and medication, having breast awareness and self-screening, getting your breasts screened every year are some of the steps to be taken in the preventive notion. Wearing the pink ribbon proud is one way to spread awareness of breast cancer.

For women with high risk of breast cancer, a preventive medication called chemoprevention and preventive surgery can be taken.

Celebrities like Cynthia Nixon, Kathy Bates and in the recent news  Angelina Jolie famously tested positive for BRCA mutations faced with the choice of removing her breasts. The process of diagnosis, treatment, and surgery takes a toll on the survivor physically and psychologically as cancer survivors claim. Still, to brave the world boldly after the disease, to have successfully gone through the procedure, it is a re-birth to women with a healthy, non-cancerous body all over again.